We started our academic year at CEGA with two interesting exchange experiences with Mexico: a participation of Sofía Vargas in the “1st Environmental, Economic and Social Symposium of Improved and Superheated Geothermal Systems” and an internship of a Mexican student Daniel Elizalde, who will be working at our headquarters until August.

The researcher´s participation is a result of the cooperation between CEGA and the Mexican Center for Innovation in Geothermal Energy (CeMIEGeo). Our stepping stone was the “Latin American Meeting of Research Centers in Geothermal Energy”, an activity that brought together researchers from México, Chile, and Argentina,  on August 2016.

Thanks to this network collaboration, Daniel Elizalde, a geophysical engineer from the National Autonomous University of Mexico, has started a 5-month internship at CEGA. In Chile, he will apply his knowledge working in resources and using satellite images. “The advantage of a remote sensing is that it covers a large area and allows access to places that are too hard to reach. With this technique, we can identify hydrothermal alteration presence in rocks. And from this we can generate maps that help to define areas with greater potential,” explains the researcher.

Daniel currently studies for a Master´s Degree in Earth Science at the UNAM and works on the project “Geothermal Exploration with Geographic Information Systems (GIS) in Maguarichic, Chihuahua”. His research is supervised by Rosa María Prol (PhD.), who is also a member of CeMIEGeo and was an intermediary with CEGA. “I can see the importance of generating human resources to work in this area. I want to learn and collaborate because it is fundamental to continue advancing in the development of clean energy, such as geothermal, which can improve people´s quality of life,” added Daniel. 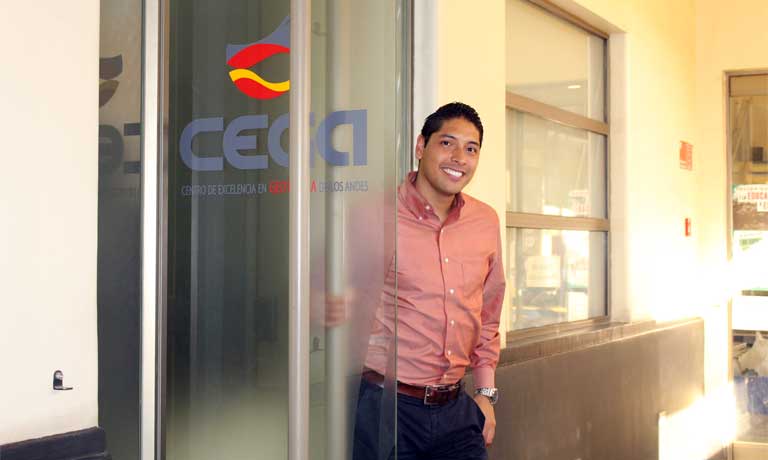 Last February, as part of the alliance with Mexico, researcher Sofía Vargas participated in the “1st Environmental, Economic and Social Symposium of Improved and Superheated Geothermal Systems”. During the activity, she presented her talk “Social acceptance of geothermal projects: Chile´s experience”.

In her presentation, Sofía Vargas, a CEGA´s researcher and a Master in Risk Communication from the Simon Fraser University, focused on the social and cultural factors associated with geothermal energy, which is part of the project she developed during 2016 in the Araucanía Region. Also, at the event, researchers from Italy, Mexico, and Greece presented environmental and direct use factors as a way to show different research possibilities offered by geothermal energy.

The trip to México was also an opportunity to reaffirm the need for promoting Latin American alliance and open spaces to advance the social acceptance of this energy. The researcher comments: “I had the opportunity to be invited to a meeting with a community which lives in a geothermal exploration area, and I could see how the upcoming issues are very similar to the ones we have here. That is why I think it is very important that as a region we can form a position and stop to always look at countries that, although they have had a greater geothermal development, have very different realities”.

After the meeting, Vargas adds, CEGA generated a document to continue boosting the work with Mexico. The proposal seeks to foster collaboration between the social research that both countries are developing, as well as review other issues related to disseminating of geothermal energy, legal framework, and direct use. CEGA proposed an organization of a regional meeting that will help to look at geothermal energy from a social and environmental perspective as a way of continuing contribution to the debate in the region. 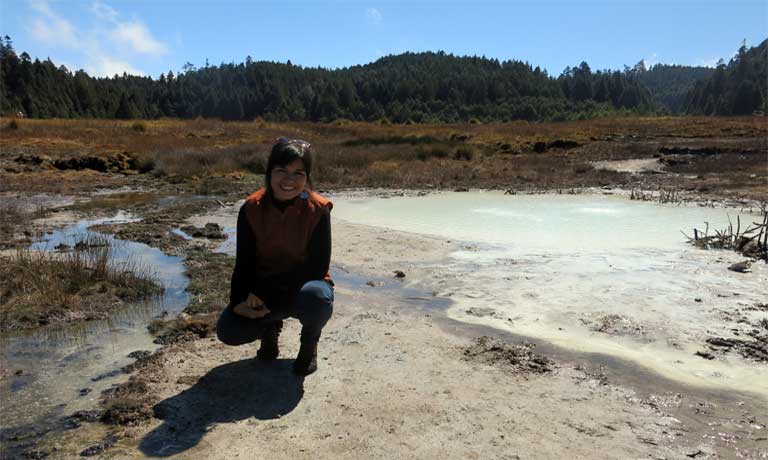